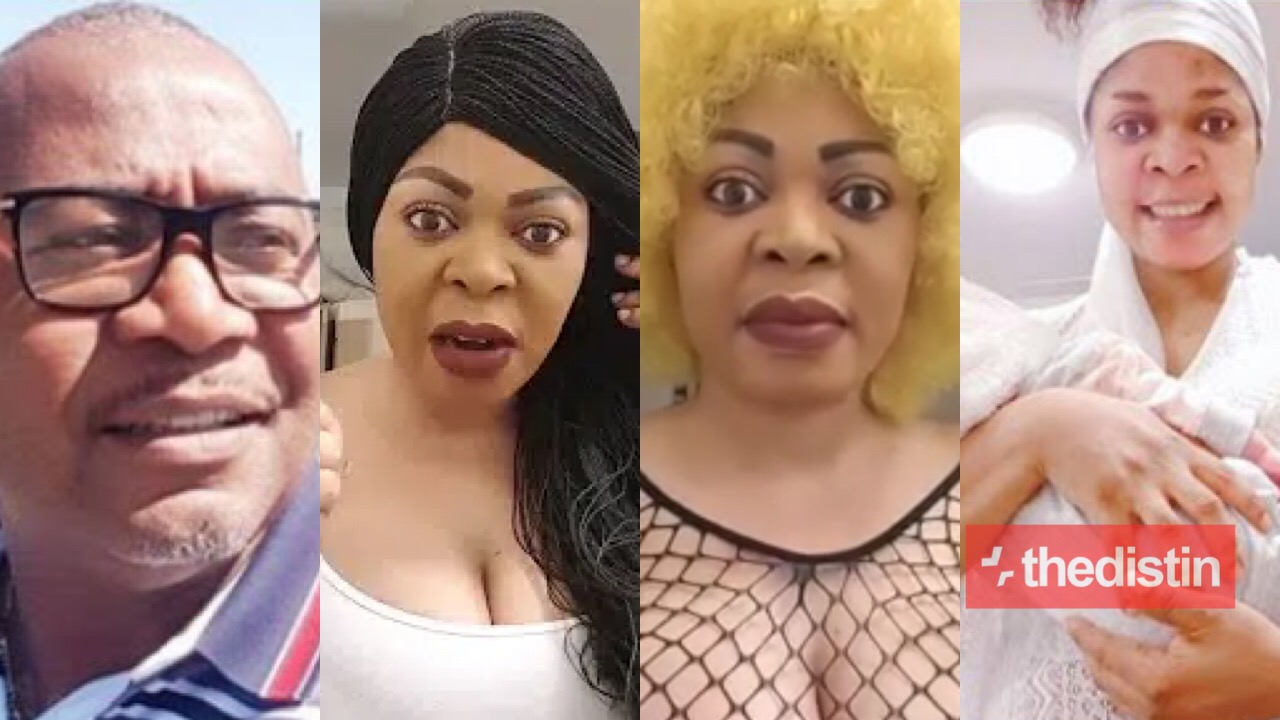 Former HIV/AIDS Ambassador Joyce Dzidzor Mensah has in series of videos and pictures blasted the wife of her baby daddy for forcing her husband to drag her to court for allegedly sharing his pictures on social media.

The Ghanaian-Germany based dancer and entertainer, Joyce Dzidzor Mensah is in the news once again and this time she is making revelations about Mr Stephen, the father of her child.

Read Also: PM Reigns Reveals Her Favorite S3.x Position And Explains How She Loves It With Mona Gucci On The Link Up Show (Video)

According to Dzidzor, the man she has only identified as Mr Stephen refused to attend the naming ceremony of their child that was held on 27 June 2020 and she took to Facebook to share his picture for the first time while ranting on the issue.

Joyce Mensa has come out again in a fresh early 2021 fight as she has blasted Mr Stephen and his wife in series of videos and posts on Facebook.

In the message, Joyce told the sister of Mr. Stephen’s wife to stop telling her husband she has 6 children with 6 different men adding that even if it is true then she has stood low and entreated her to visit Mama G in Ghana for Juju she will use on men.

Madam, tell your sister to stop telling her husband that i have 6 children with 6 men…If your husband could leave you at home to follow a woman with 6 children, then it means there’s something wrong with you. Go and see Mama G in Ghana for help. Your husband is lying to you that he came to read letters for me and i raped him… Okay. You’re also lying to him that i have six children…Lol Husband and wife lying to each other at home?

When at all will human beings stop fooling? Aboa like that. your husband’s mouth that was chopping me is what is kissing you at home so madam shut up and continue to enjoy my Etwe in your husbands mouth. It’s like when I want to end unnecessary drama and live a quiet life people don’t like it erh? One more nonsense from you again and the video I will release for you, you may have to relocate to a different planet.

Joyce came out again in a new video that Mr Stephen has been dragging her to court because of the pictures she shared of him on Facebook.

Joyce used unprintable words as she described how she used to enjoy with Mr Stephen. Sharing the video on Facebook, Joyce used this caption below:

When you were eating my Etwe and Trumu with your tongue, did I take you to court? Nkwasias3m

Joyce Mensa again asked people who do not know her to google her name and they won’t find anything better about her to talk of hence, no one should come close to her.

Before you come close to me, Google my name first. There’s absolutely nothing good to read about me. I’m bad and evil so don’t bother to come close. Even men of God blocked me on WhatsApp because I have lied before how much more you? My doors are even closed. I’ve never been good in anyway, anywhere. What has evil got to do with good? My doors are even closed already. But one person that loves me even though i don’t see him is Jesus. Jesus loves me despite my flaws no wonder he gave me a beautiful smile.

It didn’t end there, Joyce stated that Mr Stephen has not given their child a penny after the naming ceremony held on 27 June.

Joyce again noted that Mr Stephen’s wife has been pushing him to take her to court and she has been receiving letters from court.

Revealing reasons she has been getting letters from the court, Joyce disclosed in the video below that when she shared the pictures of her baby daddy, one blogger called Maame Ng3g3 shared it on her Facebook wall and it until she take it down, she will be invited to the court always.

Sharing the video revealing more details, Joyce Mensa captioned it on Facebook as below:

My Etwe is on your husband’s WhatsAp phone.