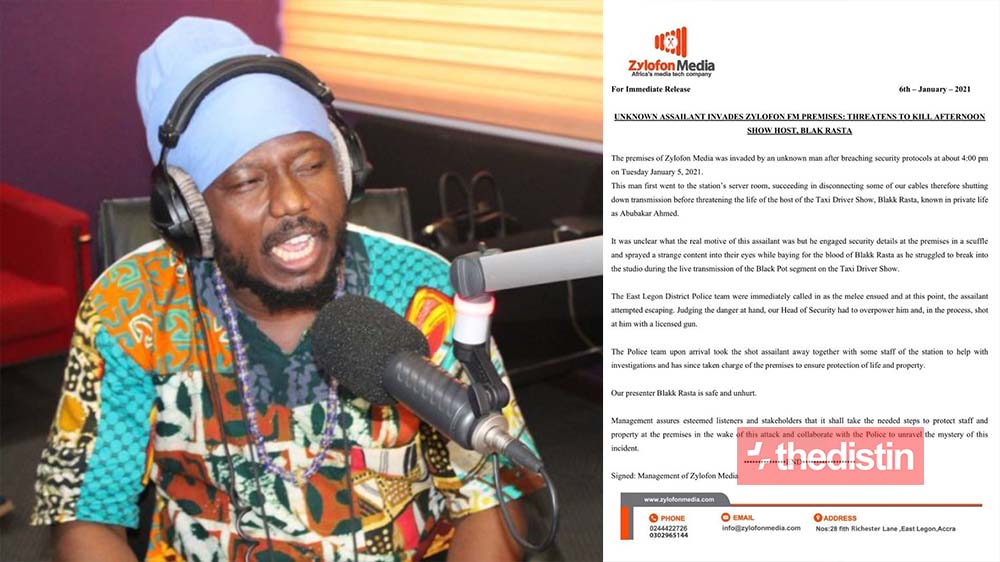 The officials of the media company confirmed the incident in a statement released on January 6, 2021. The incident happened at 4 pm on Tuesday.

Yesterday 5th January, an assailant forced his way into the premises of Zylofon FM with the aim to murder Ghanaian radio presenter and musician, Blakk Rasta.

Per the report, the assailant broke into the building of the radio station owned by Nana Appiah Mensah with a knife.

According to the statement, the masked man was shot with a licensed gun by the Head of Security after he tried to escape when the police arrived on the scene.

Below is the full statement