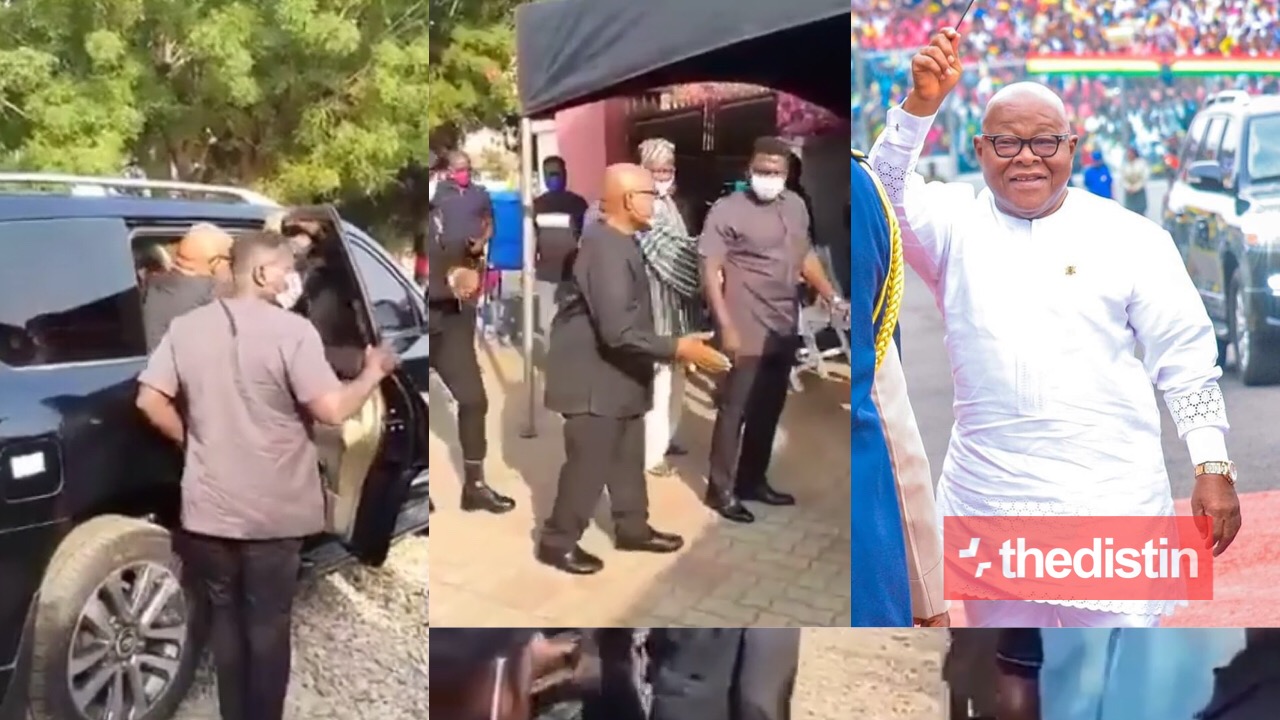 The health of former Speaker of Parliament Prof. Aaron Mike Oquaye has come under concern after videos of his security team literally carrying him from his car surfaced.

On January 7 MPs voted to elect a new Speaker of Parliament for the 8th Parliament. Alban Bagbin won the Polling with 138 votes against his predecessor Prof. Aaron Mike Ocquaye who had 136 votes.

Read Also: Video Of The Moment Prophet Isaac Anto Prophesied That MPs Will Fight In Parliament On Their Inauguration Day

NDC’s General Secretary, Asiedu Nketia said Ghana does not want a Speaker of Parliament who needs to be carried from his car and urged the MPs not to vote for him because he’s too old and weak to perform the duties.

In a viral video circulating, Prof. Mike Ocquaye was seen being assisted to come out of his car while honoring an invite to a funeral.

Read Also: ‘I Feel So Disrespected’ – Ghanaian Photographer Calls Out Nana Kwame Bediako Over Failure To Pay Him | Details

Watch the video below.