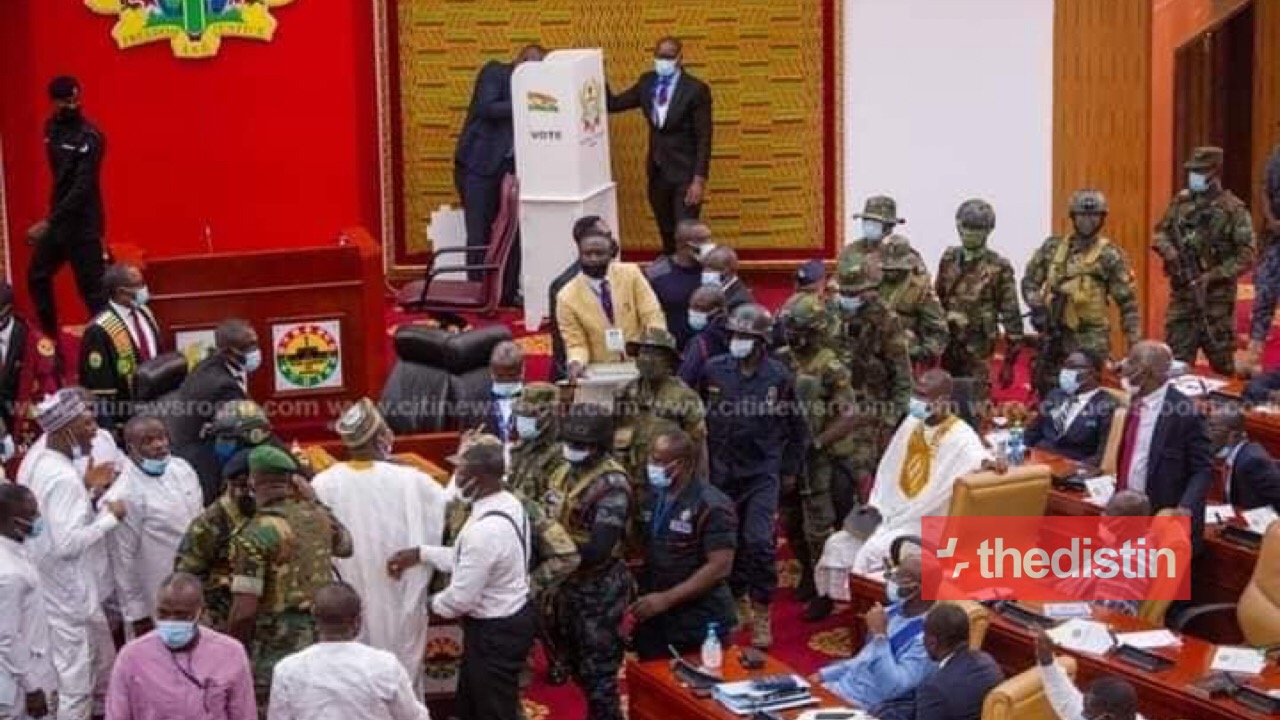 The Member of Parliament for Ningo Prampram, Mr. Sam Nartey George has boldly mentioned the names of some Members of Parliament, who allegedly invited the military into the chamber.

Mr. Sam George made these assertions during an interaction on The Key Points Program on TV3. According to Mr. Sam George, when the chaos broke out in the Parliament house, the Marshals of Parliament were present to calm down tension.

He adds that the police were also available to serve as a backup to the numbers of the marshals. Mr. Sam George notes that at no point were there the needful to invite the presence of the military.

He described the action as unfortunate and indicated that some members from the NPP side called the military commanders on their phones to bring in their men.

“I saw the former Minister for Defense, and Interior, walking out of the house that night. Soon minutes after they stepped out, the military came in.

I saw them myself. I called the military commander and he mentioned their names that those two members instructed them to come.

I told the commander that, what they have done is tantamount to treason and they will pay dearly for it.

I faced the military when they came, and we decided it was not right for them to be there so they left”. Mr. Sam George alleged.

He also indicated that the presence of the marshals and the police were enough in the chamber. He adds that even if the marshals were not enough, they could have called for a police backup instead of the military.

The Marshals are capable of ensuring peace in the house. Anytime we have issues in the chamber, the Marshals can control affairs.

We also had the police to back the Marshals. There was no point in time that the military had to intervene. That was very wrong. Mr. Sam George noted.

On his part, a security analyst Col. Festus Aboagye indicated that the military should not be made to parade themselves as frontline security operatives.

He adds that the military only intervenes when issues are getting out of hand and not instances like such.

“These were the work of the Police. It is not right anywhere for anybody to just pick a phone and call the military to intervene in an affair.

If it was the Police that needed the assistance of the military, they should write officially to them in the case and not a phone call.

The military is a very important body in every nation and we should not be using them for security issues meant for Marshals of Parliament”.