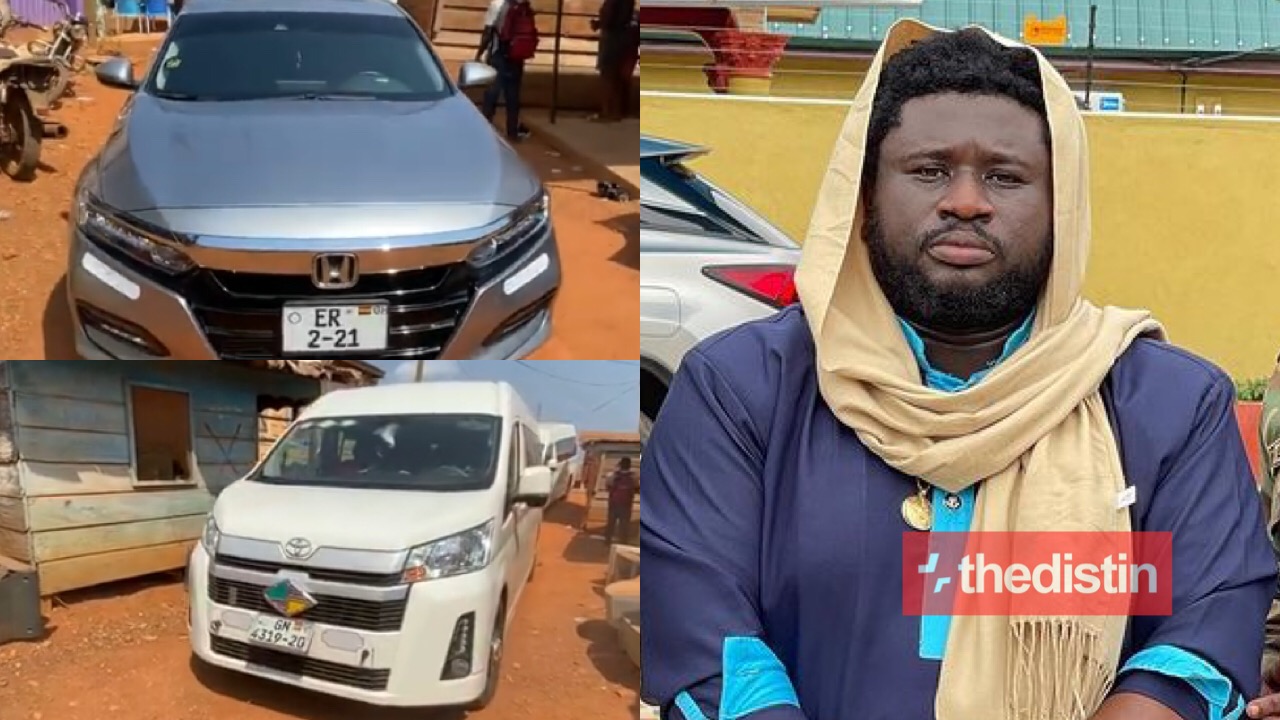 The leader of Universal Spiritual Outreach, Bishop Abed kwabena Boakye Asiamah aka Chop Bar Pastor but widely known as Ajagurajah starts 2021 in a good note as he flaunts his fleet of cars.

The controversial man of God was seen in a new video he shared on his Instagram page with member of his Ajaguarajah Movement.

Read Also: Ajagurajah Serves Fufu & Light Soup In His Church During Communion Service, Says The Small Bread Does Not Satisfy Them | Video

In the video, he was welcomed to a place that looks like a rural area like a royal.

Ajagurajah arrived in his 2021 registered Honda Civic while his members were also seen in other expensive cars.

Sharing the video, Ajagurajah captioned his post as below:

This is why they hate us