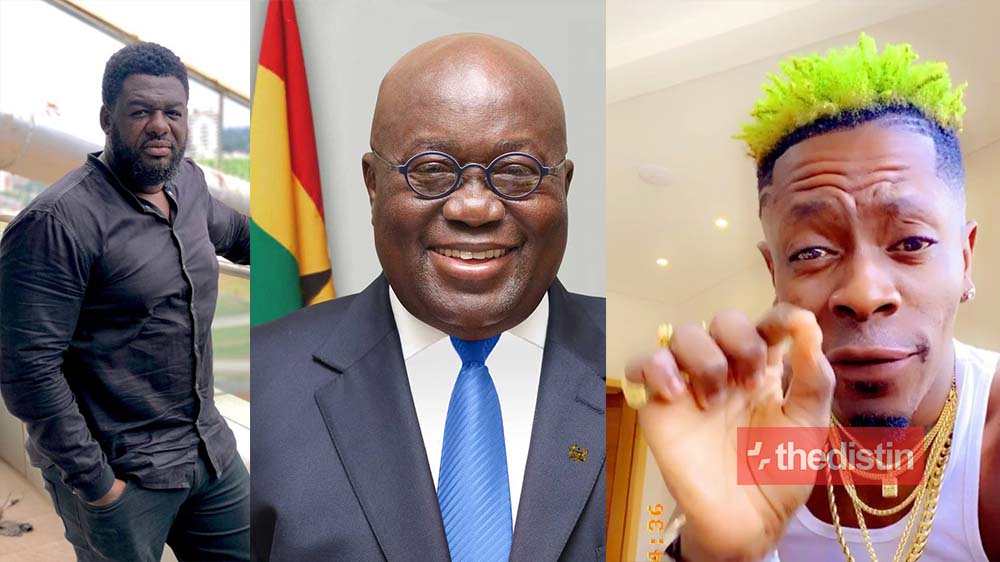 On Saturday night 9th January 2021 Bulldog on live tv United Showbiz hosted by actress Nana Ama Mcbrown boldly said Nana Addo will not complete his second term in office if he fails to pay the customers of Menzgold. Click here to continue reading that story and watch the video

Meanwhile, Thosecalled Celebs after watching and paying attention to what he said on live Tv obviously found his actions very disrespecting especially due to the fact that he was talking about a whole president.

Read Also: Keche Andrew Narrates How Some Ghanaians Are Doing Everything Possible To His Destroy His Marriage To Joana Gyan Cudjoe | Video

My name is Bulldog…I can disrespect the whole president of our Land on television n threaten him but will go home n kiss an As* of a junky like Wale….. bro!! Wopaaa akyer3 s3n??? And the host of de show cldnt tell him to retract his words cux Issa threat…..he was like… if de president refused to pay Menzgold customers …he can’t chop his 4 years finish
.
.
Why don’t u come out n tell de Worllddd how Shattawale and ex jonky wife blackmailed Nam 1?? How he got de house he is living in now as his own property in Trassaco thru BLACKMAILING NAM 1? ….tell de world how he paid aba 30% out of 100 wen Nam1 was in prison to claim ownership…how his Jonky ex wife drives to Nam1s office to take 50,000 US dollars in her car….all this while it was a trap for Nam1…. how dare u threat the president?? Wen NAM1 was using de money remove panties n buying properties for women who shapes looks like nkuto esi gyaso no…women who deserves kalypos n biscuits were given cars…… these same women are feeding grown up men n scammers whom dey call as husband’s 🤣🤣🤦‍♀️🤦‍♀️❤ bro eeiiiii….never in ur miserable life sit on dat television n threat de president ooooooo…… u can sell dat pool house …. Wale used his mind to get from Nam1 to look like his own hard work which pays no shid nu ….to pay customers…. how dare u 😏