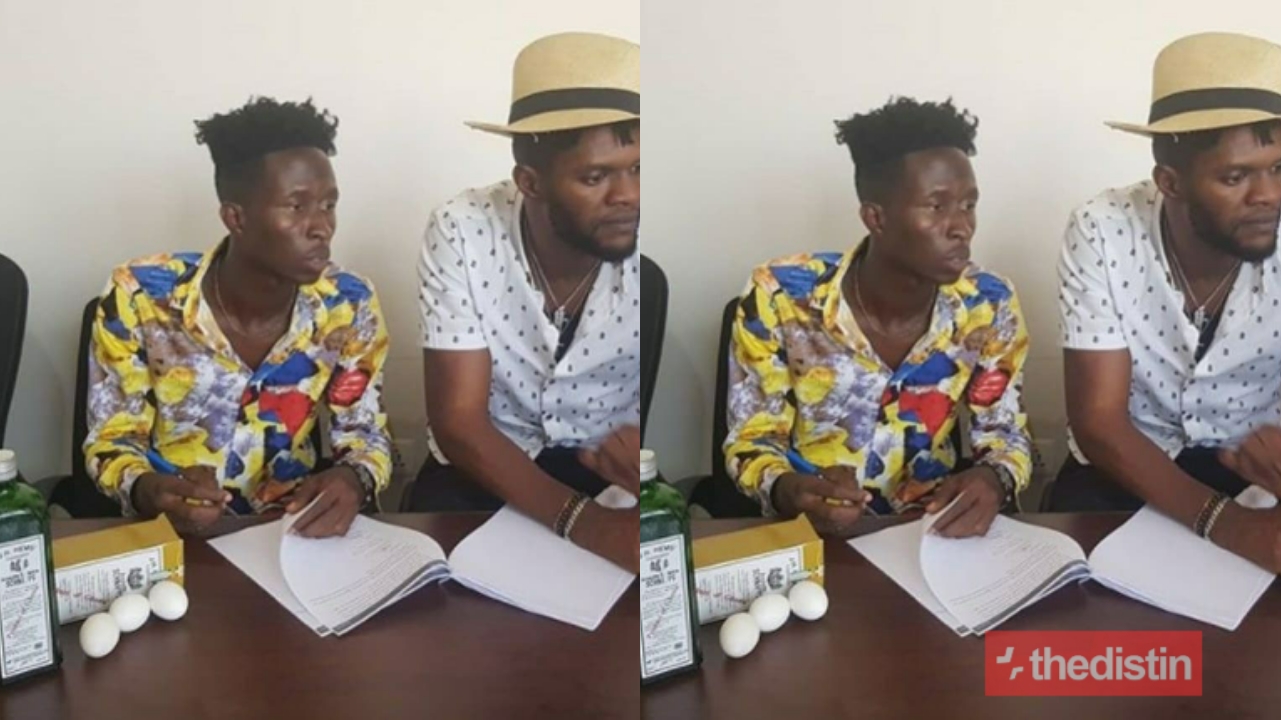 The CEO of OGB Music Ogidi Brown has released an official notice of termination to signify that Prince Isaac Arko know as Cryme Officer is no longer a member of OGB Music.

Ogidi Brown signed Cryme Officer a year ago unto his music label OGB Music after the exit of Fameye.

The signing was marked with a whole lot of contrversies as schnapps and eggs were present to serve as witnesses during the signing of the contract.

Fast forward one year on, Ogidi Brown has terminated the contract of his artist Cryme Offjcer.

His reason being Cryme Officer breached the terms of conditions of his contract due to his actions pertaining to the viral video of Ogidi Brown and his former artiste Fameye.

Read Also: Checkout Patapaa Speaking German As His Wife Takes Through Him Some German Lessons | Video

Cryme Officer during that moment posted a video on his social media page addressing the issue between Ogidi Brown and his former artist Fameye.

According to him, Ogidi Brown failed to his advice concerning the issue between him and his former artist Fameye.

This piece of advice from Cryme Officer to Ogidi Brown has resulted in the termination of contract.

Read Also: I Will Only Follow My Die Hard Fans From Now On – Wendy Shay | Video