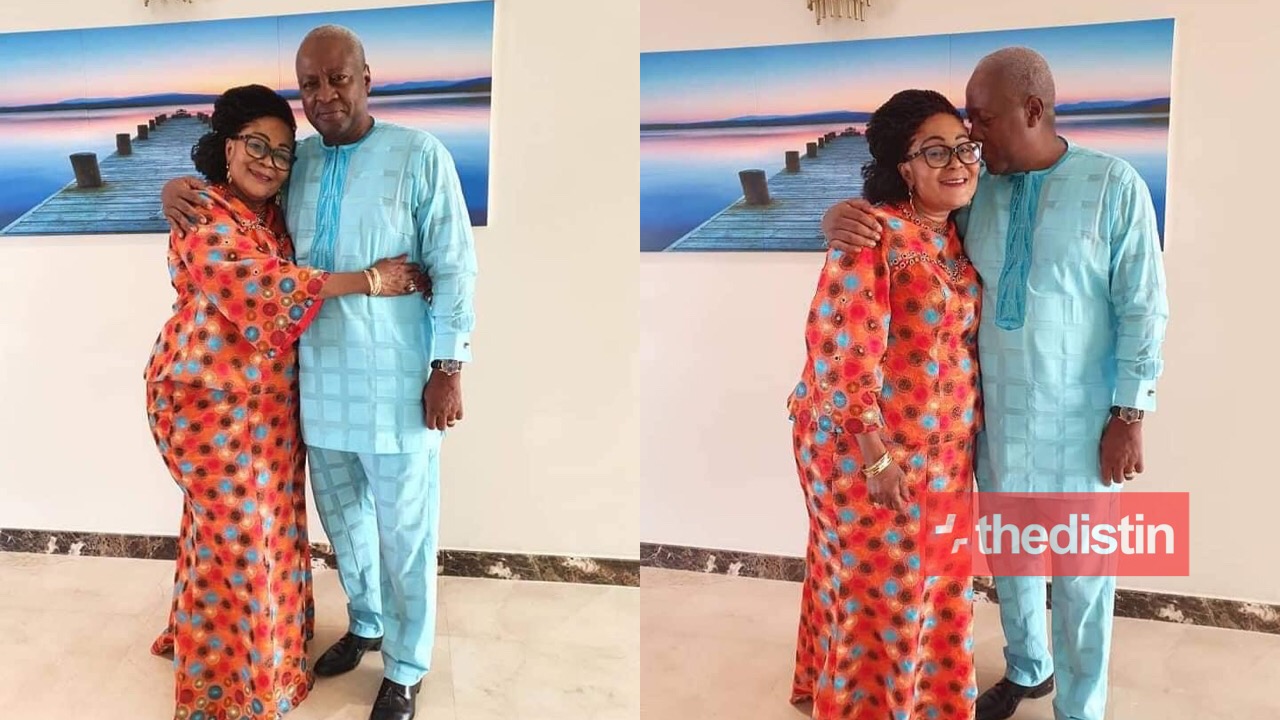 In the pictures, Lordina Mahama lean on John Mahama’s shoulders as they beam with smiles.

In other news, Dome Kwabenya Constituency member of parliament, Sarah Adwoa Safo has finally opened up on the issue of NPP members who voted against Professor Mike Aaron Oquaye in the 8th speaker of parliament election between NDC and NPP MPs.

The heat in the Ghanaian political atmosphere is not settling down any time sooner. It has been noted that, Sarah Adwoa Sarfo who happens to be the Member of Parliament for Dome-Kwabenya betrayed the New Patriotic Party by voting for Albany Bagbin to be the Speaker of Parliament-elect.

She has denied betraying the New Patriotic Party with such a thing during when the law makers were choosing in between Alban Bagbin and Mike Aaron Oquaye.

It has been believed that, some New Patriotic Party members failed to Vote for Professor Mike Aaron Oquaye during the elections inside the parliament house. Adwoa Sarfo’s name was attached to those who did that.

Even according to Some social media platforms, most people admitted that, since the Son of Professor Mike Oquaye was in a contest with Adwoa Safo during the NPP primaries, that has brought about this revenge to Prof. Ocquaye son’s by voting for Alban Bagbin.

According to Adwoa Safo, all those allegations are untrue and holds not merit. She said that, she feel betrayed and also surprised about the results of the election and to her, she thinks doing well to carry out the business of the government is the most important thing.