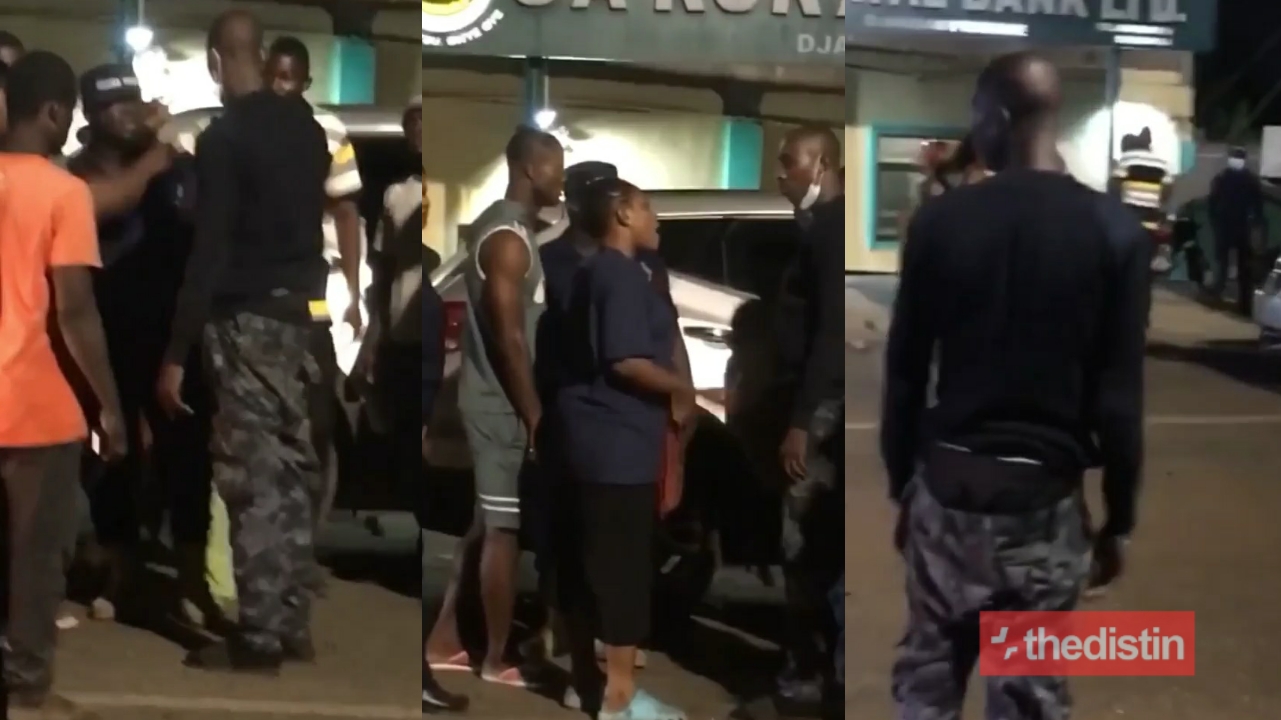 A Ghanaian lady out of anger has given a drunk police some serious dirty slaps after he hit her with his car.

In the video sighted by thedistin.com, the angry lady is seen beating the hell out of the drunk police officer.

Read Also: Video: Man Removes Bone Straight, Takes Back iPhone From Girlfriend After Seeing Her On A Date With Another Man.

A first punch by the lady results in the police losing his balance and falling unto the ground.

The lady behind the camera filming the whole incident question the drunk police officer why he was so drunk at the time.

However, the police officer could not give her an answer as he was still tipsy.