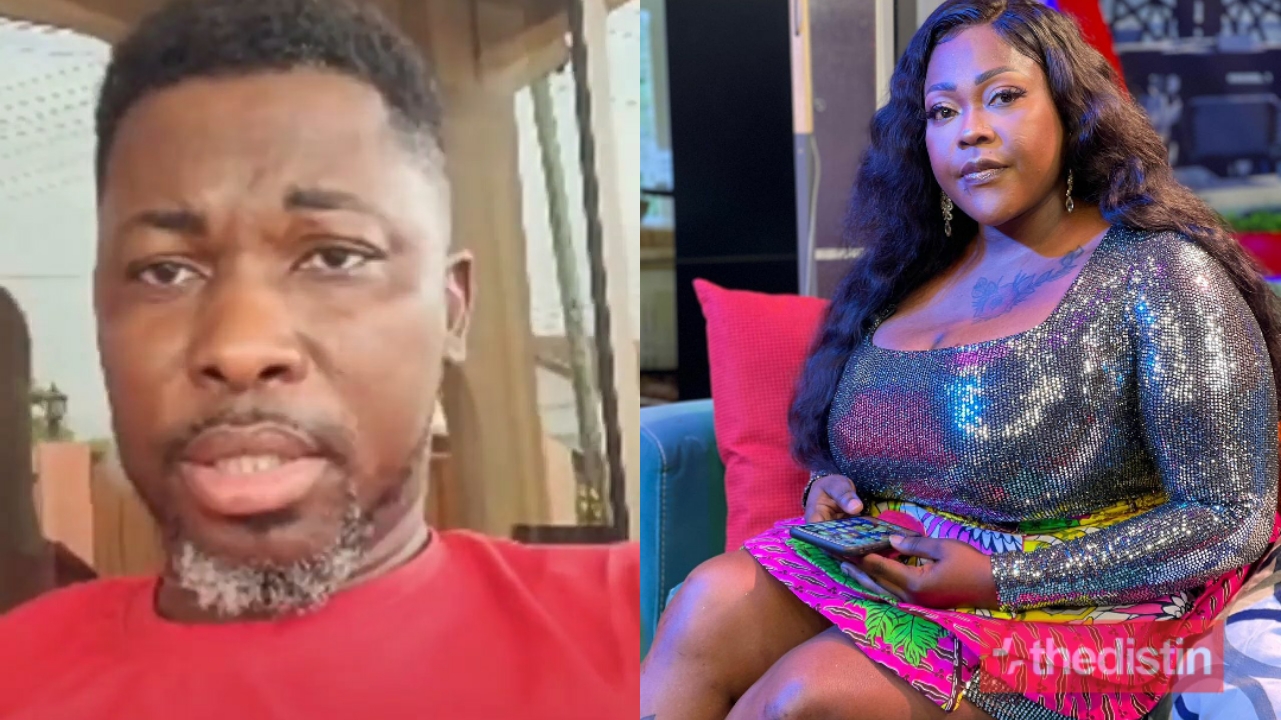 Controversial political activist Kwame Aplus has finally replied TV host Mona Gucci After she made some allegations him and his wife, Akosua Vee.

Mona Gucci in retaliating to how Nana Ama Mcbrown and Kwame Aplus treated her on United Showbiz last Saturday made some allegations against them.

In a phone interview with Rashad of Ghpage, Mona Gucci indicated that Akosua Vee is suffering in London and cannot pay her rent.

She added that Akosua Vee is very broke and her cousin in London is the one paying her rent.

Well, Kwame Aplus in a Facebook live responded to Mona Gucci’s allegations saying that he’s someone who believes that women should never work.

Read Also: “A Plus’ wife, Akosua Vee is broke my cousin pays her rent for her in London” – Mona Gucci (Video)

According to him, a woman needs to be taken care of by a man since this world is a man’s world.

He further indicated that the allegations by Mona Gucci aren’t true.