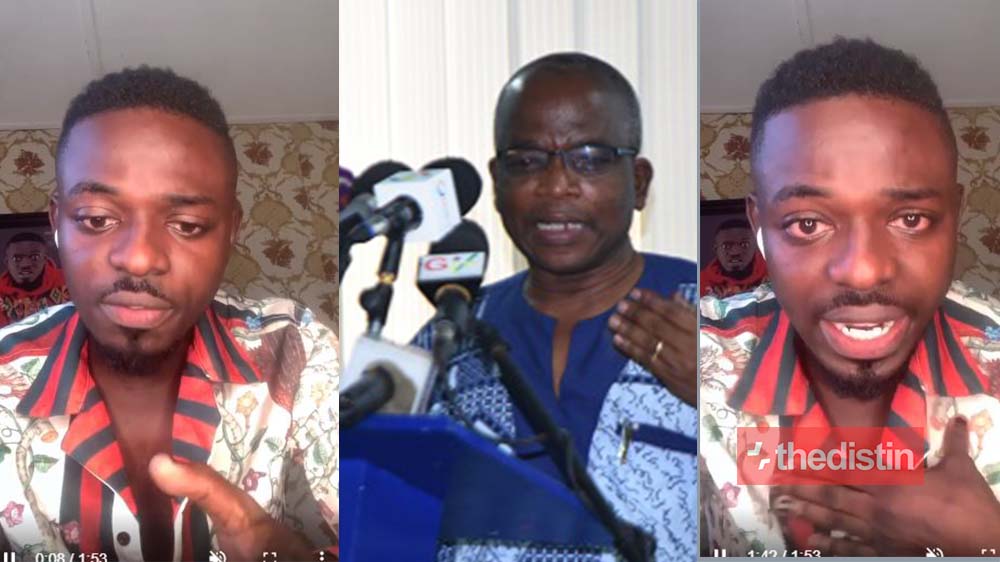 Mr Yaw Boadu-Ayeboafo believes the connection of the sudden killing of the 10-year-old boy to the proliferation of spiritualists on national television is a lazy man’s approach to investigation. Click here to read the full story

Meanwhile, in a new video sighted by Thedistin.com, Waris was heard reacting to the comments made by the chairman of the National Media Commission (NMC) about the killing of a 10-year-old boy in Kasoa.

According to him, what Mr Yaw Boadu-Ayeboafo said was very wrong because he has no idea how it feels to loss someone because of money rituals which has now been endorsed by tv stations through their programs and adverts.

He added that, the comment was really dumb and asked if he would make the same assertion if it had been his child who had been murdered.

He then recounted how his brother was used for rituals but because he wanted to protect his family, he decided not to make the matter public and while he was talking tears began to flow from his eyes so he had to end the video