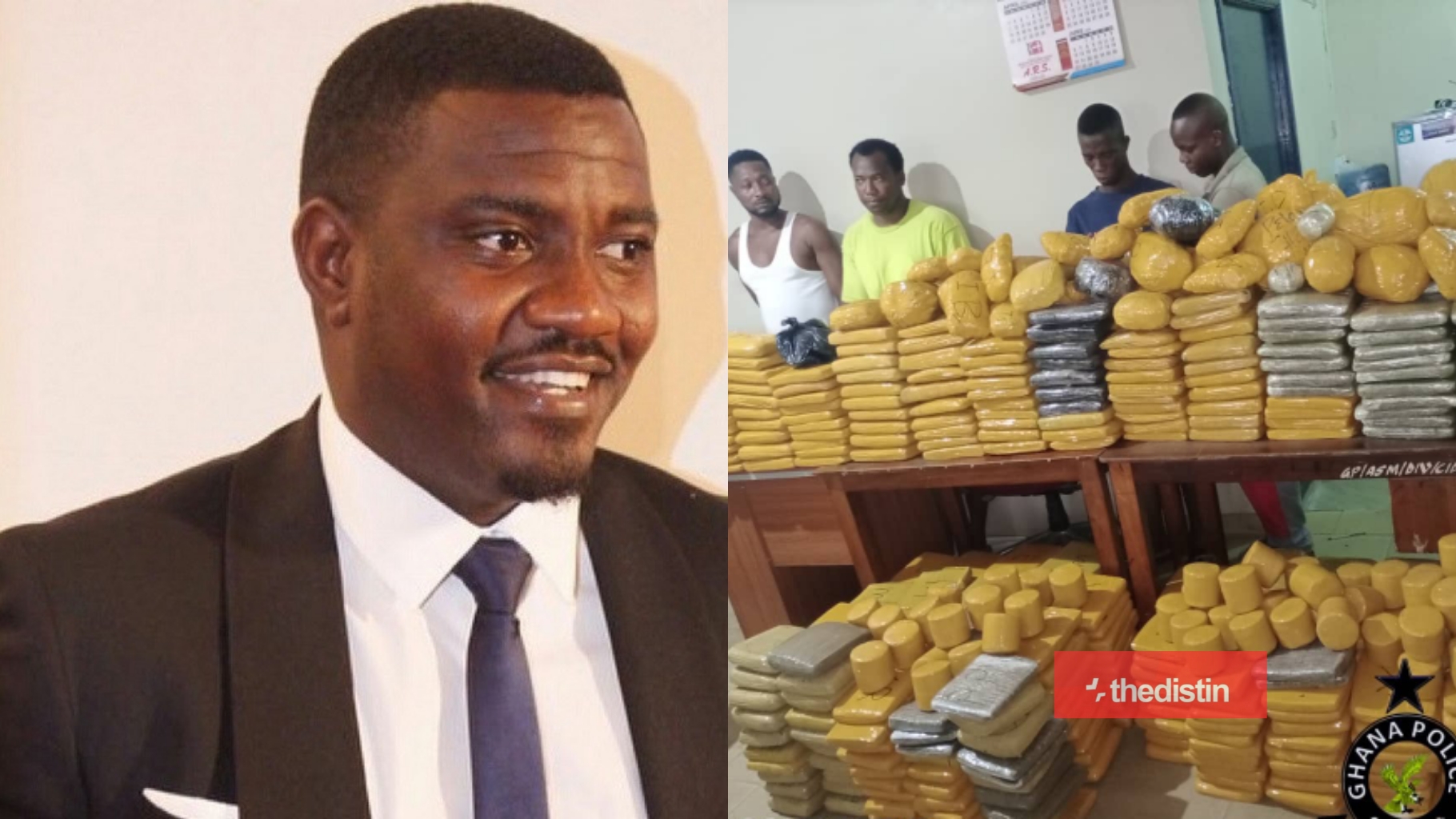 Former parliamentary candidate John Dumelo has reacted to Ghana Police decision to cease dozen of substance believe to be marijuana.

John Dumelo has queried Ghana Police decision to cease dozen of substance believe to be marijuana.

Ghana Police in a report arrest some men in possession of substance believe to be narcotics and was transporting to one Mr Carl hotel.

The men have been alleged to have carried 892 slabs of plant material and were transporting to it destination.

However, upon intelligence received, the Ashiaman police were able conduct arrest of the men and has taken hostage of the substance

Police in Ashaiman on 4th June, 2021 arrrested four suspected narcotic dealers who were conveying 892 slabs of plant material suspected to be narcotic drugs in a Benz bus with registration number GR-2913-G to Carl’s Hotel