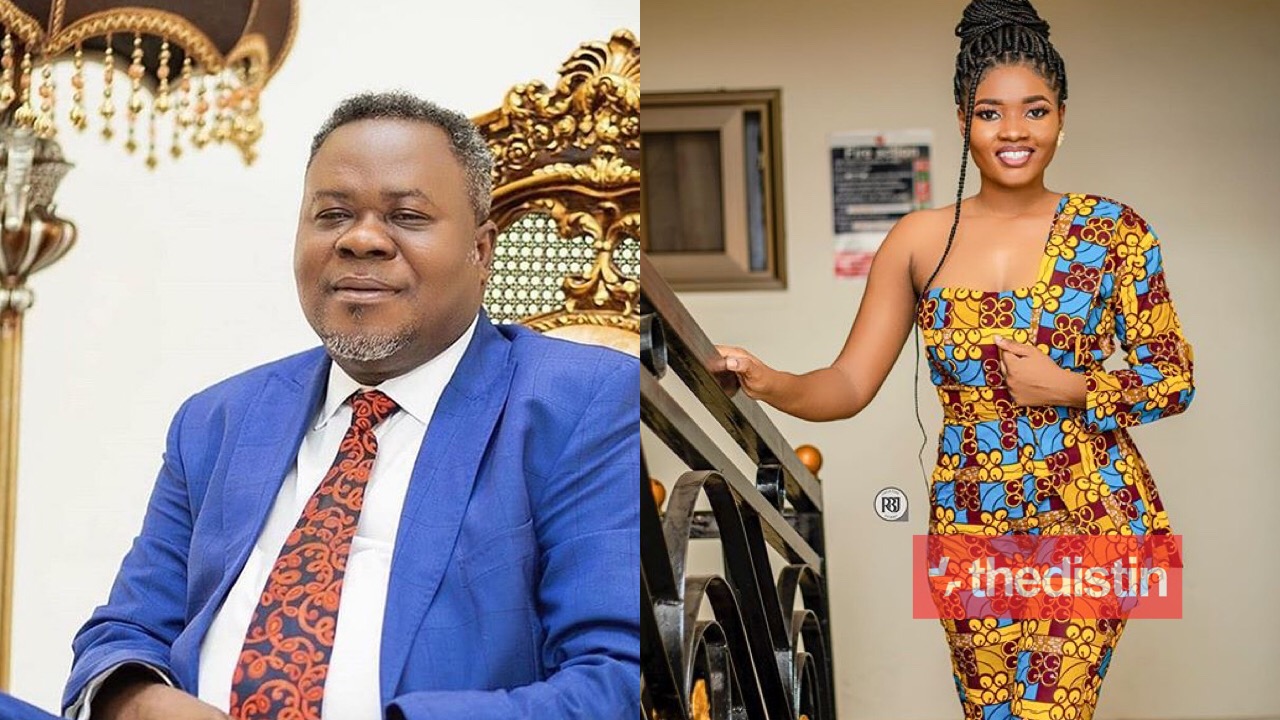 Winner of Miss golden stool 2018, Felicia Aniwah Boamah, also known as Queen Aniwah reveals she’s more focused on her priorities as a 23-year-old beauty pageant against allegations leveled against her.

On November 10th, Ghanaian millionaire Dr. Kwaku Oteng, the CEO of Adonko Bitters, and husband of Akua GMB was reported to have impregnated a lady identified as Animwaa who is Akua’s “small girl” and best friend.

According to the blogger, Akua GMB’s former friend in the person of Aniwaa stabbed her at the back by sleeping with her now ex-husband.

Read Also: Delay Finally Apologises To Obrafour After He Sued Her And Ayisha Modi For GHC800,000 For Defaming Him | Video

Those Called Celebs sharing this deep report to the public posted a video of Aniwaa with the caption, “.u remember u cried on me last year dat….wat people were saying about u n Dr.Oteng were lies??…..na u can never do dat to Akua??? U lied to me….u confused me …daddy daddy daddy saaaa na wo daddy no…..u now pregnant for him….u didn’t even remember wat Akua did for u…..Ad3n na mo ma ohia y3 mm)b) saaaa??? POVERTY POVERTY ….POVERTY POVERTY…I BLAME U” (Read More Here)

The former beauty queen, Aniwaa of Miss Golden Stool fame has reacted to allegations that she is pregnant for CEO of Angel Group of Companies, Dr Kwaku Oteng.

The Miss Golden stool 2018 winner in a post sighted has disassociated herself from Dr Kwaku Oteng saying that she has nothing doing with the business mogul as speculated by the media.

Felicia Aniwah Boamah [Queen Aniwaa] again debunked rumours that she is pregnant for the well-respected business magnate. “All allegations levelled against me ain’t one of them” a part of her post read.

Read Also: Gustav Yeboah: Popular Ghanaian Pastor Endorses Game Boys In Ghana And His Reasons Behind That Will Amaze You | Video

Responding to the widespread allegation, Aniwaa took to her official social media page to send out her side of the story and shoot down claims of having anything doing with Dr Kwaku Oteng.

She wrote; “It’s rather unfortunate but in as much that am not here to explain myself to anybody, with all due respect kindly disassociate me from Dr kwaku Oteng , I seem not to understand why people tend to drag him into anything regarding intimacy, maybe is about time you all concentrate on his businesses and the philanthropic works he does n applaud him accordingly …..I have priorities and as at age 23 all allegations leveled against me ain’t one of them“