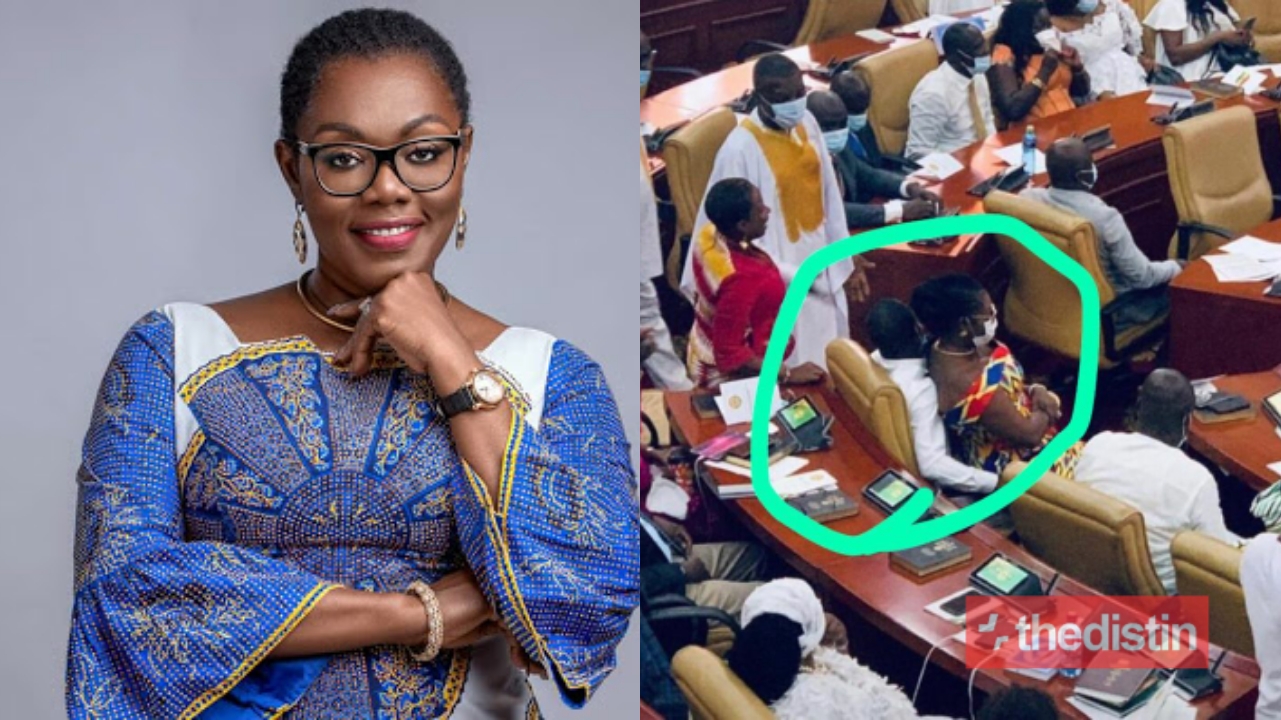 MP for Ablekuma West, Hon Ursula Owusu has reacted after she was captured on camera sitting on Member of Parliament (MP) for Juaboso Constituency, Mintah Akandoh’s laps in parliament.

After a rare photo of her sitting on a male NDC’s laps in parliament went viral, Ursula Owusu, the Minister of Communications and the MP-elect for Ablekuma West constituency has reacted.

Taking to social media, Hon. Ursula wrote this; “We shall be tenacious and they will gawk”.