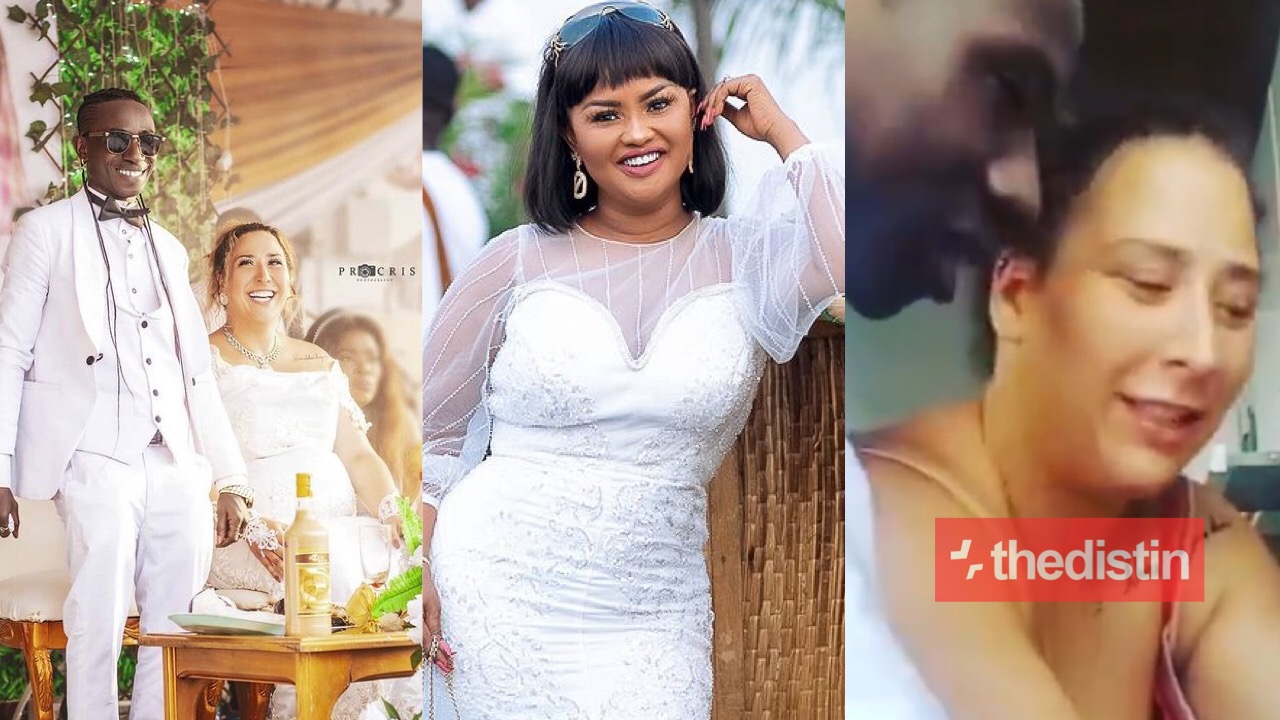 ‘One Corner’ hitmaker ‘Patapaa’, known in private life as Justice Amoah, after likening his wife, Liha Miller‘s cooking skills to that Mcbrown gets her to respond.

Few hours after their marriage, Patapaa and his wife were spotted in a lovey-dovey moment as the singer helps her in the kitchen.

Read Also:  “The Love That I Show Sarkodie, He Doesn’t Show That Love Back” Kwaw Kese | Video

The video shows Patapaa and wife in a kitchen as she prepares food.

Patapaa was heard showering praises over his wife’s cooking skills and even likened her style of cooking to that of Nana Ama McBrown.

After he mentioned Miss McBrown’s name, his wife asked who he was referring to and he replied by explaining that she is an actor who is free with everyone.

“Your handwriting is like Maame Ama McBrown. The way you cook food is like the way she cooks food. Do you know Maame Ama? I will show you that woman. She is really free with everybody. She likes everyone,” he said.

Nana Ama Mcbrown has reacted to the video of the newest couple in their kicthen.

According to Nana Ama Mcrbown, Patapaa has always been calling her Maame Ama Mcbrown.