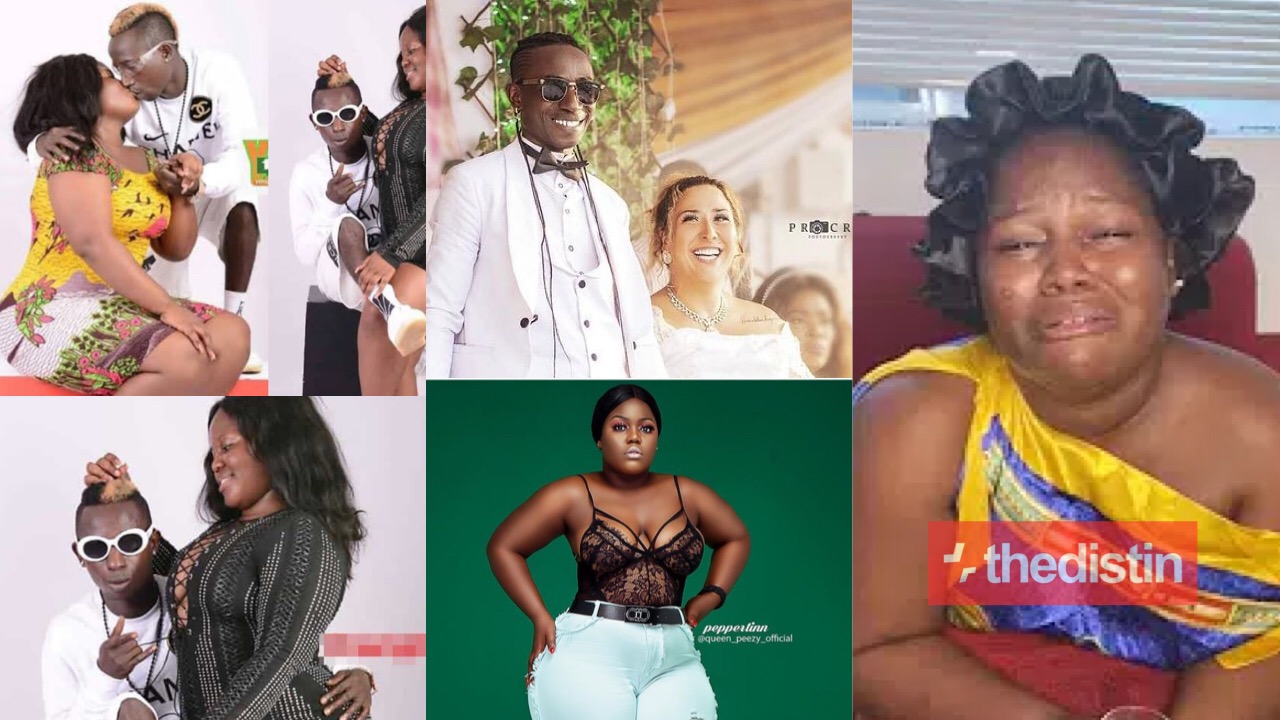 Queen Peezy and Patapaa were a thing together before Patapaa and his wife, Liha Miller catch the attention of people in romantic videos and pictures.

Somewhere around February in 2019, Patapaa introduced to his fans, Pa2PaSojas, a beautiful damsel and from there videos and photos that followed really proved the duo were dating.

Queen Peezy also called  Abena Thickness is a very thick lady who was seen social media as Patapaa’s girlfriend and she was willing to die for him, click here to see 12 wild pictures of Queen Peezy, Patapaa’s ex-girlfriend.

However, Patapaa ones revealed that she was just looking for hype after he found a new lover (his German wife) and from there the two were not heard again.

On Saturday, 2nd of January 2021, Pataapaa and Liha Miller tied the knot in a beautiful wedding ceremony that was graced by his family and friends at Swedru, click here to watch all the videos and pictures.

Read Also: Funny Video Of Patapaa Picking Money Sprayed On Him At His Wedding From The Floor – Fans React

This has pushed Liha Miller to come out to react and she revealed more secrets about Patapaa and his marriage with Liha Miller.

According to Queen Peezy, the most painful part in Patapaa’s marriage to Liha Miller is people DMing her and asking why she wasn’t the the one.

Abena Thickness the curvy ex-girlfriend of Patapaa also indicated that she is the original Queen Peezy and for her name to be changed, the newly wedding couple should call Instagram to change her handle and make Liha Miller‘s name Queen Peezy.

Abena Thickness (Queen Peezy) narrated that Patapaa went outside Ghana to play a show and she was told she should wait for him but saw videos of Patapaa and Liha Miller in romantic videos and explained o her that it was a music video until she calmed down.

Abena Thickness stated that Patapaa doesn’t love Liha Miller (his German wife) and that Liha Miller is the one who paid for all their wedding.

However, Abena Thickness said she whenever any case like Liha is maltreating Patapaa she will travel and deal with her.

Abena Thickness further said is by grace that Liha Miller is married to Patapaa and definitely he will take another black woman as a wife later.

Prior to that, Abena Thickness recorded a video of herself crying and noting that she would grace the wedding of Patapaa and Liha Miller.

According to her, she had wanted to attend their wedding to eat and even wanted to shower money on them but she was stopped by something that set in when she had a phone call from someone.

Abena Thickness revealed that she will one day clash with Patapaa and she cannot even watch her because she is afraid of her.

Read Also: Patapaa Is The Most Sweetest And Romantic Guy I Have Ever Met In My Life – Patapaa’s Wife Liha Miller Says | Video