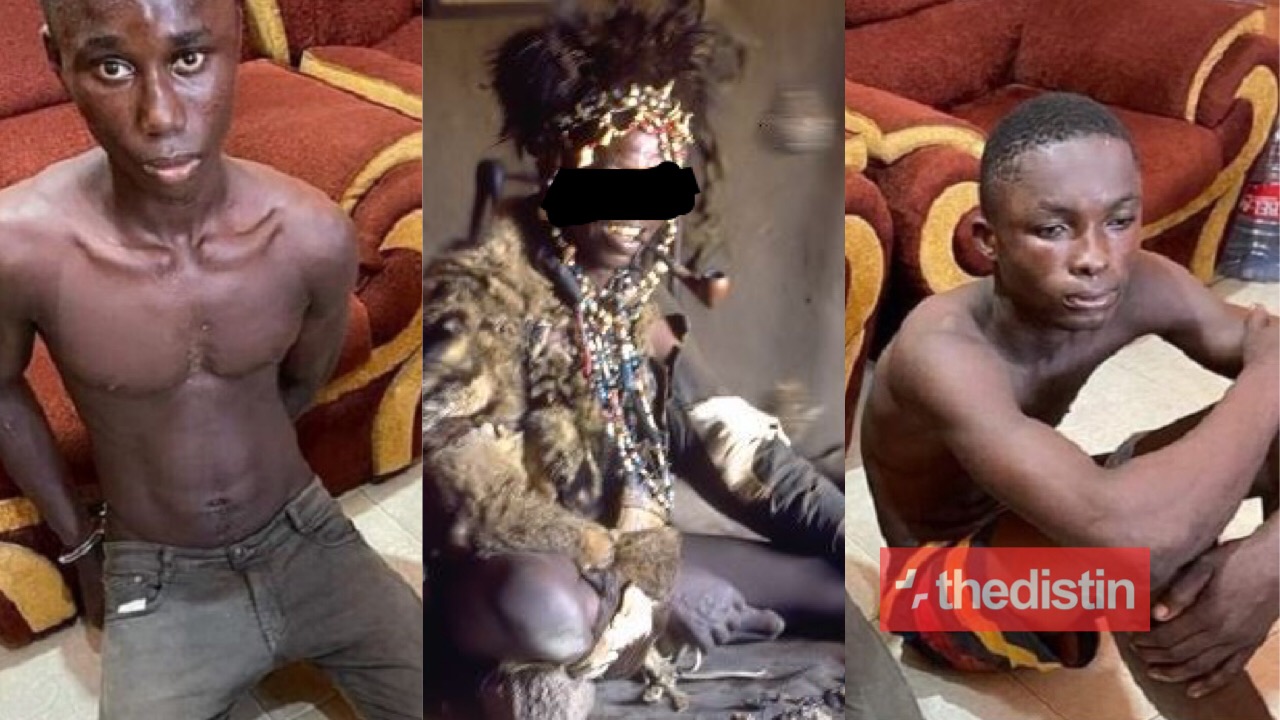 The arrested Juju man who lured the two teens to killed Ismael Mensah, a 10-year-old boy at Kasoa for money ritual has denied knowing them after his arrest.

Few hours ago, a good news came from the police concerning the death of the 10-year-old boy who was killed by his two playing mates at Kasoa.

Read Also: Last Video And More Photos Of Ismael Mensah, The 10-Year-Old Boy Who Was Murdered By Two Teens In Kasoa, Pop Up

The fetish priest, commonly called juju man, responsible for the killing of the 10-year-old boy in Kasoa has been grabbed by the police.

He was reportedly arrested at Amanase near Suhum, in the Eastern Region.

A source at the Central Region police confirmed this in a WhatsApp message to an Adom FM reporter, according to a report on Adomonline.com.

The suspect, according to the source, has been handed over to the CID Headquarters in Accra for questioning.

DSP Irene Oppong, Central Regional Police PRO, confirmed this and explained that the scene of the crime where the boy was murdered falls under the Ga West Municipal Assembly, hence, the handing over to CID headquarters for continuation.

After a high powered police team arrested the Juju man, they took his statement.

He boldly told them that he doesn’t know the boys anywhere. Again, he challenged the police to bring their evidence that he lured the boys to Kill their friend.

Superintendent Irene Oppong assured the public on Angel TV that, they will also prove their evidence to the Juju Man who is now a suspect. They will let him face the court.

Meanwhile, the young boys were arraigned before the Awutu Ofankor District Court on 6th April.